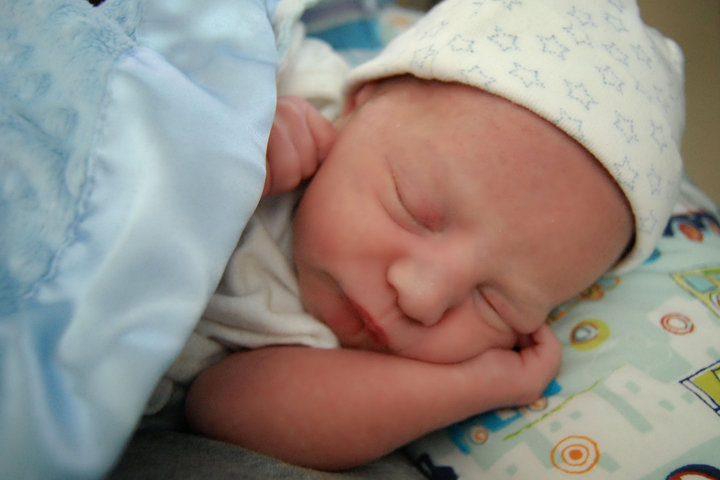 Our second son Caleb was a planned home birth and came on his due date. It was a quick labor and other than some breathing issues he was a perfectly healthy little boy. He weighed 7lbs and 1 oz. He latched on right away and seemed to really enjoy breastfeeding. My midwives called him a natural. While he liked to nurse he always seemed hungry and I could never seem to produce enough so we started supplementing with formula. He was gaining weight and I really wanted to try to nurse exclusively. We went a week and while I thought we were doing great he didn’t gain any weight. So we started supplementing again. Again we were dealing with him nursing for about 5 minutes and then refusing me and screaming. We didn’t understand why. When he was around 2 months old we decided to try to give him a little oatmeal cereal because he was never satisfied even after drinking 2 bottles of formula. He threw up but I thought maybe he had just gotten too full. We switched formulas and the diarrhea started. We thought that it was “normal” because our first son was usually constipated. At this point I gave up on breastfeeding. Fighting him was exhausting and I couldn’t do it any more. A couple of months later I tried oatmeal cereal again, with the same results. Again I thought that maybe he had gotten too full and thought nothing of it. I also tried rice cereal with the same results. Finally I started getting suspicious and turned to Google for help. I Googled baby vomiting rice and oats and one of the first things that popped up was FPIES. I read the information and decided to hold off on all foods until later. When we finally got him in to the pediatrician they gave him the referral to an allergist with no arguments. The allergist did all the blood testing and we were told its almost definitely FPIES. We tried a couple of formulas until we found one that his system could handle and we have found a few safe foods for him. He loves Kix and he loves the little pouches of fruits. We have tried other foods but he has some texture aversions. Life is definitely not easy around here. Keeping people from feeding him is one of the hardest things I’ve ever had to do. My older child does a pretty good job trying to keep food away from his brother but occasionally Caleb gets something he isn’t supposed to have. We have hope that someday he will outgrow his FPIES but for now we are trying to take it one day at a time. He is healthy right now and that is whats most important. 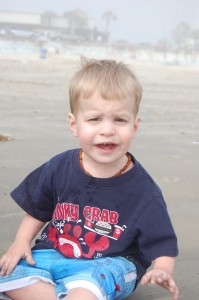 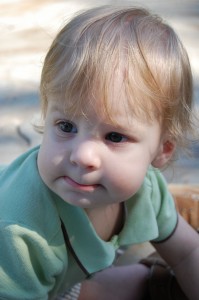