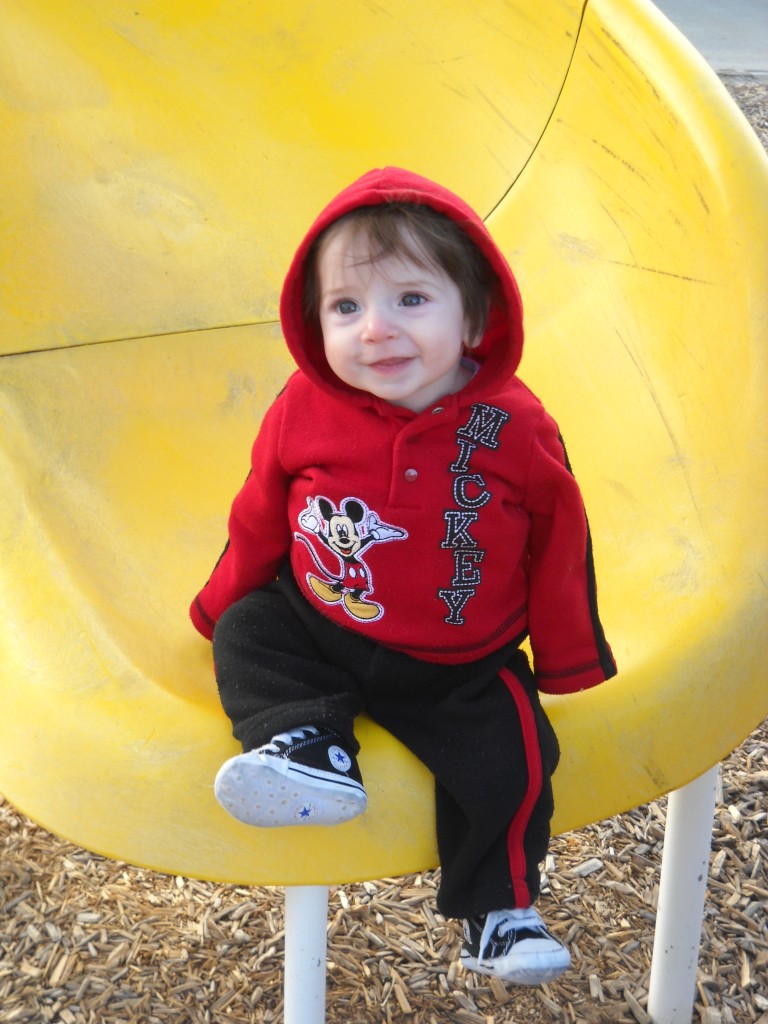 Kilo has always been a pretty happy baby. He has been a breastfed baby from birth and did really well with it, at least for the first few months. He was born August 2011, and around November we started noticing him acting weird when he ate. He would turn his head away but still wanted more, it started off with the head turning and progressively got worse as time went on. It got to the point that he would be screaming as he ate- that was around January and February. We tried a reflux medication but I don’t think it helped much. We also tried gas drops but they didn’t do a ton either. In early January we started Kilo on solid foods, he also did really well with that at first too. His first food was rice cereal and he loved it, eventually we moved him to different foods like squash, sweet potatoes, and avocadoes. With trying him on all of those new foods we ended up taking a break from the rice cereal for quite a while. It was around the same time that he had suddenly stopped gaining weight. In mid- December he weighed 13.6 pounds, in January he weighed 13.0, and by February had dropped back down to 12.14, which is what he had weighed in November. He had gone from 40th percentile, to 10th, to 1st, and then completely off the charts all together. There was obviously something wrong. We just didn’t know what yet.

We started having to go to our Dr’s weekly to do new tests and try to figure out a solution to his sudden failure to thrive. Our nurse suggested that we start giving him rice cereal more often during the day along with breastfeeding and the other solids he was getting- just in case he wasn’t getting enough for some reason. So one day my husband gave him rice cereal again, after being on a break from it for about 2 weeks or more. Kilo ate it just fine, but exactly 2 hours later he started throwing up. At first, it was no big deal, babies throw up sometimes. Although he did throw up a lot that first time I thought I’d see if he got better- he didn’t, he kept throwing up, a lot. He would throw up a large amount at first, but after 7 or so times it got less and less and it was turning yellow now. He would throw up, pass out from being so exhausted, wake up, throw up, and then he’d be out again. I started getting scared. My husband Tyler was at work by now and he had the van with him. The nearest hospital is an hour away from our town. I went next door to my friend’s house and asked if I could use the phone to call Tyler. While I was talking to him about what I should do, Kilo was still throwing up and had started to turn white and pale, he had no color to his face, lips, or cheeks. It was terrifying; he continued throwing up and getting worse, I couldn’t keep him awake no matter how hard I tried. I tried feeding him and he wouldn’t eat. I hung up with Tyler and asked my friend to call a Paramedic, luckily we had one living in town. She came to check on him, with the Ambulance on standby. After looking at him, she said we needed to take him in because he seemed very dehydrated and lethargic. We took him in the Ambulance, at least a 30 minute ride. The whole ride we had an oxygen mask on him, and his oxygen levels were going down, to as low as 70’s, and then back up again, they went up and down the whole way and he was pretty much out of it. He just laid there in my arms- without crying or anything.  He had been throwing up for a few hours now, and over 20 times all together- probably more. Once we got to the Hospital he was starting to wake up a little, and while they took him into the E.R. I had to give them some info and from the other room I suddenly heard him crying, he hadn’t done that for hours. When we went into the room he was looking better already, they hadn’t given him fluids or anything. He suddenly had color and was moving around. They had us stay for a couple hours, gave him some Pedialyte, and let us leave. I’m sure the E.R. Dr’s thought I was crazy but at least I had the Ambulance Medics to vouch for me. We left the E.R. being told that it was probably just “a very bad case of the flu.” He had been fine the whole day before it happened though and was fine now… But it was the most logical explanation at the time so we went with it.

2 weeks later, it happened again. We had taken another break from the rice, and one day we randomly gave it to him again. Just like last time, exactly 2 hours later- he was throwing up. It happened almost exactly like it did 2 weeks before. This time we had leftover Pedialyte from the Hospital so we were able to keep him hydrated. But he still threw up 15+ times and was in and out of sleep, was clammy and pale and exhausted. I knew this couldn’t just be a bad case of the flu again, and the only thing that was similar between the 2 days was the rice cereal. But no one I talked to had heard of a baby being allergic to rice. So I did my own research a couple days later. I read that even if they aren’t allergic to a food at first, if you take a break and go back to it, they can be allergic by the time its re introduced- which is what happened with the rice. I found thefpiesfoundation.org and read other families stories on there, Facebook, and a couple other websites. Everything that happened to these kids lined up with what had happened to my son down to the smallest detail. I knew that was it. I took it to his Dr. and he was very open to listening. Eventually in March 2012 we ended up at Primary Children’s Hospital in Utah, still trying to figure out the weight gain problem. We brought up the F.P.I.E.S. to the Dr’s there; they left and did their own research on it, came back and told us that they agreed with us! I was so happy that we finally had answers, and a specific diagnosis, not just something that my husband and I thought he had.

He is now on Neocate infant formula and no longer breastfed (because he might be getting something thru my milk that we don’t know he’s allergic to yet), and now he’s doing a lot better. Many friends have already told us that it’s obvious he is doing better because he’s even happier now than he was before. He has already gained weight in the past 2 weeks and hopefully will continue! We know he is for sure allergic to Rice, Sweet Potatoes, and Soy. He has had bad reactions to all 3. He is 7 months old and doing awesome developmentally- crawling, standing up, he crawls with his legs straight sometimes so we call him Mowgli (from the Jungle Book.) He has only tried a few foods so there might be more out there that he is allergic to. It’s going to be a long journey but we’re ready and relying on our God to help us through and give us wisdom in how to help him. 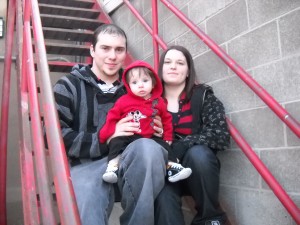