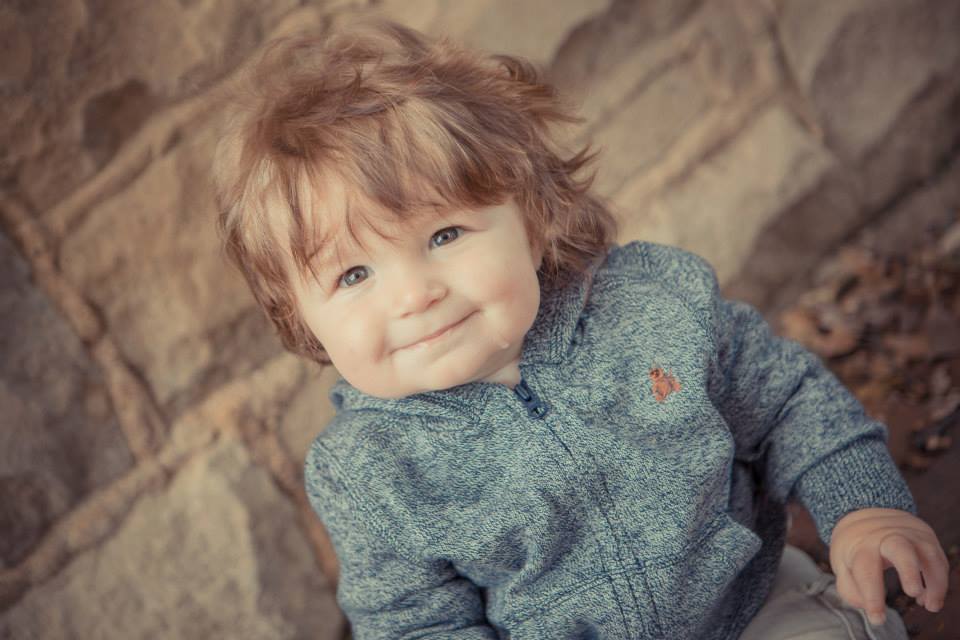 Brighton is our 4th child and he came into this world in a hurry weighing a whopping 9lbs 7oz.  He was beautiful with a full head of hair.  The nurses instantly called him “Bright eyes” and we were all immediately in love with the little guy.  He had a few mild things we were keeping an eye on after he was born, but overall he was a very healthy baby.  Bright was developing quickly, crawling and pulling himself up at 6 months.  I exclusively breast fed him until he was 6 months old and then we decided to start him on solids.  In August of 2014, we fed him rice cereal.  He loved it and the big kids enjoyed watching their baby brother eat.

Later that evening, I heard him crying in his crib.  I went into his dark room and gave him his pacifier.  As I reached around for his pacifier, I felt that his hair was soaking wet but I just assumed it was still wet from his bath.  A few minutes later I heard him crying again.  This time I knew it was not a normal tired cry.  Something was wrong.  I turned on his light and saw that he was lying in a puddle of vomit!  I picked him up as he vomited over and over and over again.  I remained calm until he was extremely lethargic and his little body lay limp in my arms.  I was panicked and scared.  I quickly packed up the other 3 kids, called my husband and told him to meet us at the ER.

Bright continued to puke up neon yellow bile until he was dry heaving.  He was so lethargic and would only move to pick his head up to vomit.  He had lost all color, was extremely pale, and the nurses kept commenting on how he was cold to the touch.  Seeing our little boy in that moment, I knew in my heart that something was very wrong.  But the ER doctor said it was a virus, gave him Zofran and sent us home.  We went home that evening frustrated and scared.  There is nothing worse than having a sick child.  All night we checked on him to make sure he was breathing. We fed him an ounce of breast milk every hour to keep him hydrated.  He didn’t have a wet diaper till 4pm the next day and it took about a week for him to get back to his normal self.

Nine days later we decided to give him a taste of peas.  He ate 1 teaspoon and gagged on every bite.  Exactly 3 hours later he woke up vomiting.  He vomited until he was vomiting bile and had nothing in his belly.  We couldn’t believe this was happening again!  Thankfully, we had some leftover zofran from the hospital and dissolved a half a pill in his mouth.  That night I lay in bed and searched “baby vomiting 3 hours after eating solids” on the internet.  This was the first time we had ever heard of FPIES but we thought it sounded just like what Bright was going through.

The next morning we had his 6 month appointment and I had decided to wait on mentioning FPIES to the pediatrician and see what he thought it was first.  Because FPIES is so rare, most pediatricians do not know what it is, but the very first thing our doctor said was, “It sounds like Bright has something called FPIES.  However, since FPIES is very rare, I do not want to say that’s what it is just yet.  It could be a virus that is still playing its course.  Let’s try oats next week and if he reacts to that, then we will send him to a pediatric GI specialist.”  We were so thankful that our pediatrician wasn’t just telling us he for sure had a virus, but was immediately thinking about different options.

The following week I fed him 1/2 teaspoon of baby oats.  I laid him down for his nap and waiting the longest 3 hours.  I just knew he was going to get sick.  It is so hard to put something in your child’s mouth when you know it will make him sick.  Sure enough, exactly 3 hours after ingesting the oats, Bright woke up from his nap vomiting until he couldn’t hold his little head up.  I gave him a zofran and called the pediatrician.  A GI appointment was made later that day.

Over the next few months, the GI doctor did blood work, an upper GI x-ray, and an endoscopy.  She initially did not think it was FPIES but that there was something anatomically wrong, such as kinks or a malrotation in his stomach.  Every test came back with no large red flags.  We were then sent to a pediatric allergist who did an allergy skin test which showed he didn’t have allergies. This entire process left us anxious and consumed our every thought.  We just wanted to know what was going on with our baby boy.  We wanted answers.  Even though we thought it was FPIES, we were trusting the doctors and the process that they were taking but it was a very long few months.  After the allergy appointment, the allergist and GI doctors confirmed that he has a severe case of FPIES.

At this point Brighton is still exclusively breast fed.  In the next few months we have food challenges schedule at Children’s hospital. We are praying and hoping that Bright passes a few foods.

FPIES has changed our life so much in the few months that it has become a part of our lives.  The unknown has been the hardest thing for us.  There are no answers that anyone can give us.  We do not know what Bright will be able to eat.  We do not know when, or if, he will outgrow it.  We are worried about the sadness and tantrums that may come one day when his older siblings have a food that he can’t have.  We are anxious about the crumbs he may find on the floor.  We are nervous about the future, but we know it is in God’s hands and we are so very thankful that Bright is currently thriving.  We take it one day at a time and try not to think about the “what if’s.”  An FPIES life may not be a “normal” life but this is now our normal, and we realize the only choice we have is to embrace it.

Through this adventure we have grown as a family.  We have leaned on each other, our family, our friends, and most importantly God. We know that no matter what situation we are in, it could always be much worse, so we focus on that.  We focus on the dimples, the smiles, the giggles, the chubby thighs, and the love that surrounds us. 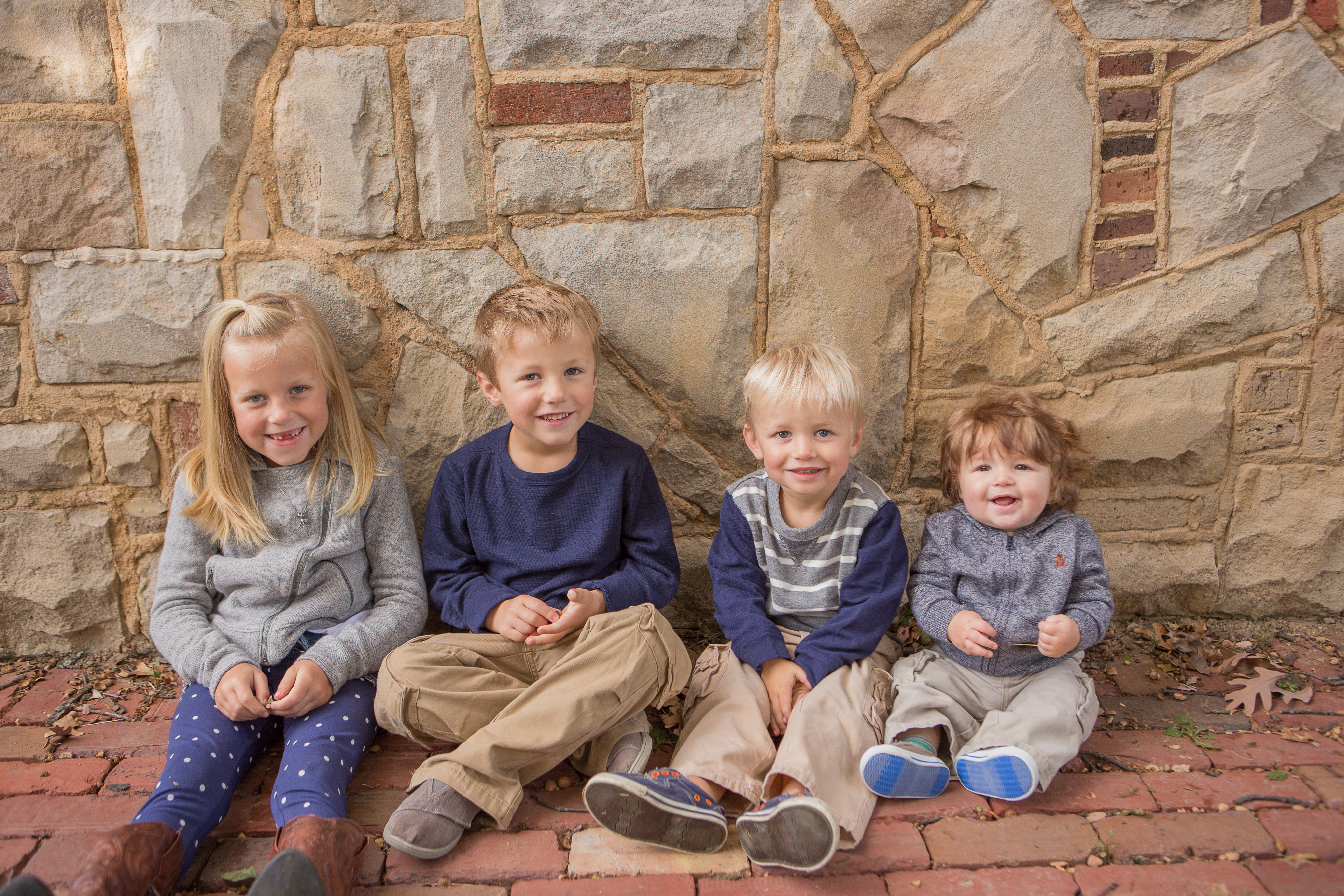