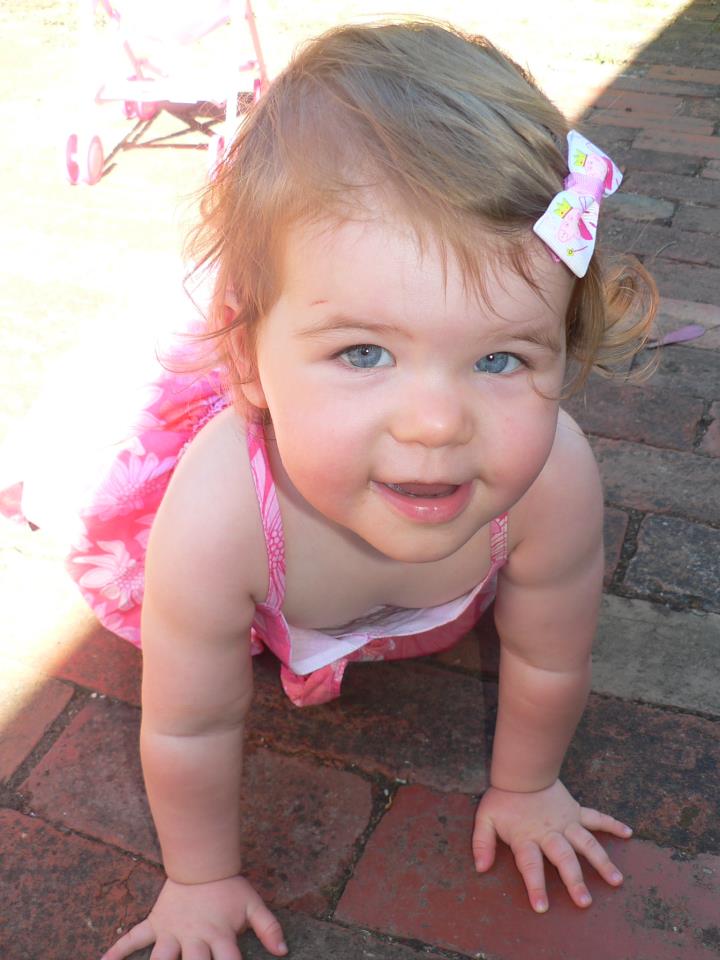 At age 6 months, Catani tried a packaged baby food with tuna in it whilst we were on holidays, and later that night vomited all over her cot and blankets. At the time we didn’t put it down to anything much.

At 7 months I made her a tuna casserole for dinner, containing a fairly large amount of fish. I went to yoga afterward and her dad was babysitting. At the end of my class I found 10 missed phone calls and urgent messages. Catani was vomiting profusely and repeatedly and becoming limp and weak, having lost blood pressure until the point she actually passed out unconscious. She would come to briefly, vomit and then lose consciousness again. By the time I called her father the ambulance was on its way urgently and I was told to get to the hospital ASAP. The last haunting thing I heard before I hung up the phone was her dad saying to Catani, “Stay with me, baby!!” I ran the whole 2km to the hospital hyperventilating and saw the ambulance pass me on the way.

She eventually survived and recovered, but the doctors did discuss what she ate that night with me and I was sure tuna was the only possible odd thing out.

I did try a small amount of tuna with her meal one more time a few weeks later and again she vomited profusely a couple of hours later. So that was it, I took her for allergy testing with a paediatrician.

They tested her for anaphylaxis as that was what they suspected. They used skin prick tests and blood tests and all were negative. I was insistent to the doctor though that I thought fish was the culprit and he did not give up or refuse to believe me. The doctor decided to train us with an epi-pen for anaphylaxis and I went in for a training session one day, months later. He questioned me again that day and then the possibility of FPIES suddenly occurred to him. He had a lot of trouble finding any information on FPIES for fish and there was only one case in the medical journals worldwide that he accessed. But once he told me about FPIES I knew this diagnosis fit.

A couple of months later Catani snatched a piece of swordfish from someone else’s plate at a restaurant. She managed to take one small bite before we got it off her. 3 hours later she was vomiting profusely and repeatedly again and we took her to the ER. She was falling over just trying to stand up. In the hospital they monitored her heart rate and found it to be elevated for a full couple of hours. And this was only from one small bite. So our FPIES diagnosis for fish was absolutely confirmed.

What was most shocking to me was that the doctors at the hospital had never even heard of FPIES and had no idea how to treat it either. Afterward her paediatrician kindly put it in her permanent hospital records in the area and gave us a letter to explain so that if we are to ever have another such emergency, the doctors will know what to do.

I have recently read stories of other kids that are have FPIES reactions to far more that just one food group like Catani, and I feel for them greatly. But I hope our story helps others like us know they are not alone. Catani is now 23 months old.