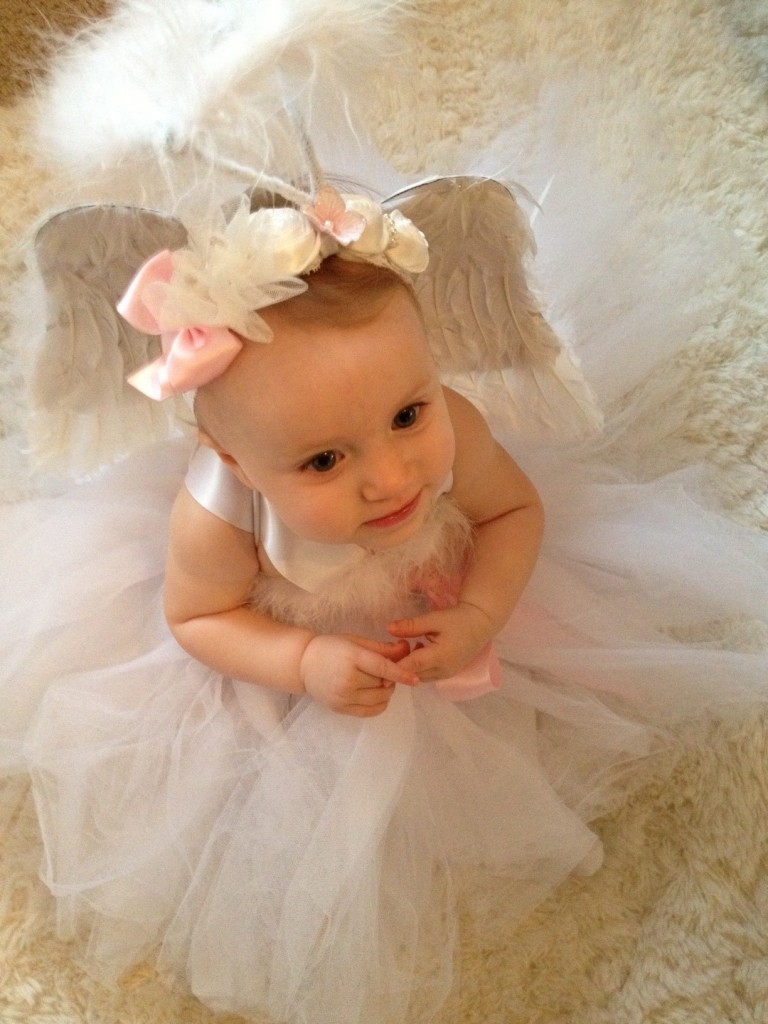 After having two crazy boys, one year ago we were blessed with a beautiful baby girl! As quickly as she came into this world, our hearts filled with an immeasurable amount of love for this precious girl! Her brothers immediately adored her and gave her the nickname, “Angel.” The first weeks of her life were an incredibly precious time in our house. She was breastfeeding like a champ and loved to snuggle. The only thing that was different with her, than the boys, is she had horrible reflux. She would projectile spit up and often choke on it after nursing. But, this is common with a lot of babies and we did not think too much about it.

At exactly 2 months old, mommy was going to try and get out for the evening for the first time since she was born! Because I had not pumped, daddy suggested we give her a bottle of formula while I was out (something we had done periodically with the boys). To see how she would do, we tried it during a feeding while I was still home. Exactly 2 hours later, our 8.5 pound newborn was vomiting so profusely that her body was going into convulsions. This went on and on while we were trying to reach the on-call ped. At a certain point, she was vomiting straight bile and then went completely limp, pale, and knocked out. I remember sobbing uncontrollably in fear that we were going to lose this incredibly precious angel that we had just been blessed with. We rushed down to Children’s hospital where they thought she had gotten the flu (not too common for a newborn). The next five hours were the scariest hours of our life. But, she slowly recovered and we were sent home with a plan to keep her hydrated. The next few months were much of the same, breastfeeding and bad reflux. At 4 months old, mommy was going to try again to get out with some girlfriends for the evening…again, for the first time! We thought we’d try that bottle of formula again. Horrifically, two hours later, we were met with the same exact violent vomiting and Gabriella went into shock. We raced back down to Children’s where, again, they did not know what was wrong with her! Same protocol, she was hydrated and came back around – thank God!!

About one week later, we got a call from the ER doctor that had seen Gabby. She said that she was very bothered by what had happened and ran it by a specialist. He advised that we see an allergist as soon as possible and not give her any formula or foods until then. We got into an allergist three weeks later. Within one half hour of hearing our story, he was able to describe exactly what it was Gabriella had. Something we had never heard of and did not really understand…FPIES. Food Protein-Induced Enterocolitis Syndrome. Oh, how our world would change, as we became all too familiar with the ugliness of this silent disease in the next few months.

As Gabby grew, it was evident that she was reacting to so many things in my milk. So, there I was, introduced to the wretched elimination diet. I cut out almost everything from my diet to get to a point where she was able to nurse without the horrible reflux, tummy cramps, and insomnia. This aspect was all a dream, though, compared to what reactions solid food would bring to her. They call it a silent disease because FPIES children “look” healthy (for the most part). But, every single day is met with some hideous part of being sick, whether it’s obvious reactions or some weird auto-immune effect. FPIES has put us on this island of living a nightmare in what should be a beautiful life with our three children. At some point, you stop leaning on those that closely surround you because, (to no fault of their own) they just can’t possibly understand. They cannot understand the intensity of your fear, stress, fatigue, frustration, sadness, and overwhelming burden in how to nourish your child’s little body that violently rejects any type of food you give them. Our saving grace has truly been the very small community of other FPIES parents that have and are navigating through this rare disease. The foundation and groups created have given us a place where we can go to lean on other moms and dads that have also walked through the incredibly murky waters of FPIES.

For now, we take one day at a time. Gabriella has 3 safe foods in addition to breast milk based on an elimination diet. God-willing, I will be able to nurse her until she is 2 years old. As the alternative is a feeding tube of elemental formula. This is because she refuses the bottle and cup. The GI specialist suspects she has some instinctive memories of her experience with the bottle, in addition to the frequent occurrence of mouth blisters. She still has chronic insomnia, which may be one of the hardest parts for mom and dad! Seriously, if they could make lack of sleep into a weapon of warfare, there would be mass destruction!

As we travel through this journey with Gabriella, we will do everything in our power to learn what we can about FPIES and how to keep her as safe as possible. In that, I guess that makes her special. But, I do not want these first years of her life to be a lesson in being special as a victim. I do not want her life to be overshadowed by the things she can’t have or not enjoy eating. I want her to flourish in the life that God has given her and grow to make one massive impact on this world. She is going to learn to be an over comer and how to sympathize with others who face strong storms in their life. FPIES does bring storm after storm for the entire family. But, the other acronym that we will teach our angel is Finding God’s Power In Every Storm! 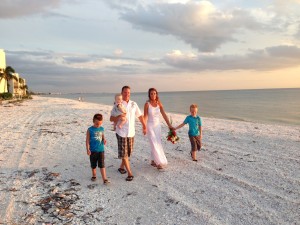