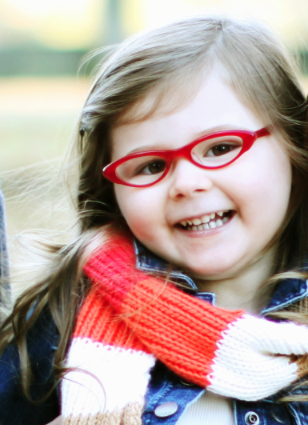 No one could have ever prepared us for Rowan’s first FPIES reaction at 2 months old. We were on vacation – completely helpless and overwhelmed with fear and confusion about what was happening to our precious newborn baby. She was an exclusively breastfed baby, but we had given her a couple of ounces of formula while we were out shopping. Two hours later, she was choking, vomiting to the point of green slimy bile, eyes bulging, dry heaving, her eyes were rolling back and closing, she was lethargic, the EMTs asking, “is she usually this pale,” the ER doctor saying, “I really don’t know what this is, it must be an acute stomach flu.” MOTHER’S instinct told me otherwise. I knew what we were seeing wasn’t “normal.” I knew in my gut that something was VERY wrong.

When we returned home we saw the Pediatrician who failed to recognize the seriousness of what had sent our angel to the ER on vacation and said, “there is no way she is allergic to the formula, that isn’t how allergies present themselves,  it is probably just reflux and you shouldn’t worry about her having another reaction.  Let’s put her on meds for GERD and see if that helps.” I didn’t argue that Rowan had silent reflux as she had all the classic symptoms during and after nursing, but I had seen reflux in numerous kids and the reaction wasn’t from GERD. Her reactions were like something out of a horror movie. I knew in my heart he was wrong about the formula and avoided it completely after that (with the exception of cautiously trying an ounce prior to returning from maternity leave, as I wanted to have a backup plan if she wanted more milk than I could supply) and she again ended up at the ER. Even then, the doctors still refused to believe it was the formula and referred us to a GI doctor who also failed to diagnose the reactions. We were encouraged to give her dairy at her 9-month check-up by our new Pediatrician, so we did what all new parents do and trialed dairy.  We were nervous.  I think my husband and I instinctively knew that the dairy was involved with the previous reactions, but we wanted to follow our Doctor’s orders and assured ourselves that a little bit of yogurt would be fine. We were very wary and decided to give her only a tiny amount of yogurt, 1/8 of a tsp, and it sent her into a violent reaction after two hours of ingesting. Once again, we were taken by ambulance to the local Children’s Hospital and faced with confused doctors and eventually sent home again with no answers.

The first 10 months of our new family life were an emotional rollercoaster including multiple calls to 911, ambulance rides, ER visits, multiple doctors visits – Peds, GI, Nutritionist, etc (with no help or answers), sleepless nights with a screaming baby that was in excruciating pain and two parents who were desperate to find answers to help their precious angel. We were overwhelmed and in a daze. We thought this was the time when you are suppose to be spending those first special moments together as a family, but instead we were living through turmoil and complete fear not knowing what was going on with our child.

A few days after the reaction to yogurt we saw our new Pediatrician and he too was puzzled, but guided us to an Allergist at Georgia Allergy & Immunology, Dr. Seidu (I call him an Angel). We sat in his office telling him about Rowan’s reaction at 2 months, 3 months, and 10 months. He was listening intently and taking notes. I was going through every gut wrenching detail of each reaction and referencing the journal we had kept with all of the notes throughout the 10 months. Within 15 minutes of meeting us he stopped me. I was assuming he was going to tell us that we were going to have to run tests, do blood work because the episodes were so unusual…NO, he knew.  I will never forget the moment when he told us… The room was completely quiet and still. He said, “Rowan has what is called FPIES. It is Food Protein-Induced Enterocolitis Syndrome and one of the consistencies with reactions is that it happens 2-3 hours after ingestion of a trigger.” I think that was our most uplifting moment of those 10 months. Was there really a Doctor who could look us in the eyes and empathize and understand all of the pain and suffering we had been begging other doctors to diagnose and help us with? FINALLY, WE HAD ANSWERS! I think everyone was surprised with how ELATED I was to hear him tell us she had a rare food allergy (what most people would think of as devastating news), but we were thrilled to have answers for our sweet baby. All of the guessing what was wrong, worrying, pain, etc, would be over… we thought. We were told that she had FPIES to Dairy & Soy, but given a list of about 20 other foods that could be a potential trigger and cause a reaction. The good news was that we had given her most of the other 20 foods on the list and Dr. Seidu felt we could continue to keep those in her diet since she didn’t have a reaction to them previously. But Rowan was still in a lot of pain even after the diagnosis (avoidance of Dairy & Soy) because she was eating foods that weren’t full-on triggers for her – like Sweet Potatoes, but they were causing her extreme stomach pain. It took months of journaling and monitoring to figure out which additional foods to avoid because of this. This was really tough on all of us, as Rowan was still having stomach pain, green mucous/bloody stools, silent reflux, etc and didn’t sleep through the night until (2 years old) we started eliminating additional foods that, we learned through journaling, would cause her to wake up screaming in pain at bedtime (2 hours after dinner), etc.

Unfortunately, we continued to have a couple of severe reactions after the diagnosis (while following a strict avoidance diet). One of the reactions was a slip-up at school when she got accidentally took a small sip of someone’s milk and the other two reactions have been to egg…Yes, egg. We were very hopeful she would only have it to Dairy & Soy. One would assume we’d be in good hands if she had a reaction now because we have a diagnosis, a name for the allergy, right? Think again.

FPIES is so rare that there is very little research on it and most doctors have never heard of it and do not know the symptoms or how to treat it. So parents are left with a diagnosis, but very little else to go off of and are faced with having to be a medical advocate/drill sergeant every time their kid has a reaction. Imagine seeing your child so sick that they are choking on their own vomit and they are too weak to keep their eyes open or hold up their head. Imagine trying to explain to emergency professionals that your child has a rare syndrome/allergy that they’ve never heard of. Imagine trying to do this as your child is limp in your arms and is crying in pain and vomiting green mucous. Imagine the terror in our hearts as we realize that the “experts” are clueless, that this is our experience along with other families as there is very little knowledge of FPIES by medical professionals. It is really alarming to face this reality in the midst of an emergency. I have had to scream and yell at hospital staff to get them to properly care for my child. We’ve even had to call her Allergist who will talk to hospital staff directly and guide them.

When Rowan has a reaction her body goes into dehydration in a matter of minutes, so it’s crucial that she get IV lines in ASAP – before her blood vessels / veins collapse. We’ve watched 5+ nurses at the Children’s Hospital during one visit attempt to get a line in with no luck. Imagine knowing your child needs intravenous fluids and being told that her veins were collapsing every time they tried to get a line in. NO child or family should have to experience this. It’s hard enough to have to deal with the allergy day to day, but even worse to know that if you have a reaction you’ll likely be faced with confused and clueless emergency medical professionals. Because of this we have to take a pre-written letter from her Allergist with us to the ER every time she has a reaction that defines FPIES and explains how it should be treated.

Being a foodie, I had to strip my mind and my kitchen from the most common foods/ingredients – DAIRY, SOY & EGG. I have to be honest that I wasn’t completely intimidated by this at first as I’d always loved cooking and especially liked a culinary challenge. Most everyone who knows me says that this diagnosis happened to the best Mommy. I am proud to say we’ve found a way to convert almost all of our tried and true recipes to be “safe” for Rowan and created many new recipes.  Rowan is also a foodie and loves being in the kitchen creating her favorite meals and trying new recipes right alongside me. Luckily, we’ve been able to manage her FPIES with strict avoidance and she’s never had “failure to thrive,” but quite the opposite in that she has consistently been in the 90% for height and weight since birth. We are very fortunate that we’ve been able to prevent additional reactions by keeping a strict avoidance diet and not trying new unnecessary foods. We make all of her meals at home and try to mimic what her friends at school and birthday parties are having in an effort to make her feel included. Rowan has her big 4th birthday coming up an in July and we’ll do whatever it takes to make her party as special as she desires. We have learned a lot about food and its place in our culture after the diagnosis. We like to think we are a more compassionate and empathetic family after the diagnosis and want to do everything we can to advocate for equality and education for food allergies.