Sleep in the early months was non-existent, and not the “I just had a baby and I’m exhausted” kind of non-existent. It was the no sleep, or maybe the “two 30-minute spurts a night for weeks on end,” kind of non-existent. She was happy during awake times, but when she was supposed to be sleeping, she would always (ALWAYS) wake up 30-40 minutes later, obviously in pain (a specific whiny cry, curling up as if her tummy hurt). Over and over. I could put her down “drowsy but awake” or, if she fell asleep in my arms, I could put her down and she wouldn’t wake up right away. She sucks her thumb so she wasn’t waking for a pacifier.

I was miserable and seeing the world, and my new baby, through awful, sleep deprived glasses. I didn’t like my new baby (until I’d get a couple hours of sleep, then I was quite smitten). The baby we waited SO long to have. Then I felt guilty for having all these awful feelings, and so on and so on. I took quizzes to make sure it wasn’t postpartum depression. Nope, I was just so. freaking. tired.

Don’t get me wrong, it was certainly not easy on Trevor either, but I did my best to let him get sleep (very interrupted sleep, I’m sure) so he could be alert for his commute and school. And, of course, this affected us both in ways beyond the sleep deprivation.

After trying everything else (ok, except co-sleeping, but that’s just not for us) and seeing Myra’s doctor and a pediatrician who both said she seemed perfectly healthy, I decided to eliminate dairy from my diet (Myra is exclusively breastfed), even though Myra didn’t show the “typical” symptoms of a dairy sensitivity. After three weeks (how long it takes for cow’s milk proteins to work out of my system and then Myra’s), she was a different baby. She started sleeping 12 hours straight, no wake-ups, for six weeks! I was really hoping it was a coincidence, so we tested dairy twice by giving her milk I had pumped before changing my diet. Bad idea– that confirmed it. No dairy!   (Believe it or not, this story is the somewhat shortened version…)

After those six weeks and a dairy exposure, she started waking at night again. The couple rough nights following the dairy exposure passed, but her sleep didn’t return to how it had been. We thought maybe a growth spurt… teeth… milestone… then we started solids, so maybe that. Finally we came back to, “something is wrong…again.” We had taken a casual approach with introducing solids (other than avoiding dairy), using baby-led weaning and not following any specific timeline for each new food. Everything seemed fine– she was eating a variety of healthy foods, enjoying it, and we didn’t really connect the dots with the night wakings and other more subtle symptoms creeping back in…yet. Early September, we gave her a couple graham cracker sticks. After a few hours (3-4), she started vomiting. She threw up six times in two hours until she had thrown up bile and was ultimately dry heaving. She was, of course, exhausted afterward and it was also bedtime. I got her to nurse a bit and put her to bed. She seemed fine the rest of that night and the next day. We figured it was either a coincidence or the graham cracker, and we were hoping for coincidence.

Skip ahead through some rashes, sleepless nights, and swelling episodes and we figured she had some “traditional” (or IgE mediated) food allergies, so we took a step back and started over with 4-day food trials. I took her back to her doctor who did a blood panel which indicated she may have some allergies, and referred us to an allergist. We couldn’t get in for that for five weeks, so we just kept plugging away. Things went okay; meanwhile, her chronic symptoms started coming back (more on that below), but she did have three other vomiting episodes. None of those were quite as “bad” as the graham cracker, but once was from green beans. Seriously?! Green beans!

These are her chronic symptoms we noticed starting in August and really intensifying in September:

Each of those things in themselves could be considered a normal baby thing, but combined, they paint a picture of something else happening.

When our allergist appointment finally arrived, we went through the symptoms, timelines, etc. with him and discussed allergy testing options and he brought up FPIES (Food Protein-Induced Enterocolitis Syndrome). Since her reactions were not immediately following ingestion and didn’t involve respiratory problems, he seemed to be leaning more towards FPIES than traditional allergies. FPIES is a non-IgE mediated food allergy, so if that were the case, she would not test positive on allergy testing (although it is possible to have both). We decided to do skin prick testing for dairy, wheat, and soy and they were all negative. We then did blood testing for the same three things, also negative. He wanted to consult a colleague who had more experience with FPIES and get back to us. Meanwhile, Myra’s chronic symptoms had gotten so intense I decided to try eliminating soy from my diet and we took her off all solids until we could figure this out. Both the allergist and Myra’s doctor were aware of these dietary changes.

Three weeks (and two emails from Myra’s primary doctor) later, we heard back from the allergist we saw. He spoke with his colleague and she “did think it could definitely be FPIES.” We were to avoid feeding Myra dairy, soy, oats, wheat, and rice. That’s it. (Remember, she vomited after eating green beans and that wasn’t even included in her no-no list…) Thankfully, we had already decided to move forward with other options and made an appointment with an allergist in Minneapolis who has experience with FPIES. He’s actually listed on the FPIES Foundation’s website! Also, Myra’s doctor gave us a referral to a pediatric GI specialist to rule out any other GI problems (and/or confirm FPIES).

When Myra and I met with the allergist with FPIES experience, we almost exclusively discussed her acute symptoms (vomiting mostly), and only touched on her chronic symptoms. He agreed with the two allergists that it, indeed, did sound like FPIES. He sent a letter to her primary care doctor and also gave us a copy to keep with her at all times. We discussed a plan for reintroducing solids and discussed different formula options since Myra seems to react to things through my breast milk. To be clear, this allergist did not suggest I stop nursing. (Also, to be clear, I have breast fed Myra exclusively for 10 months now, but I have absolutely no issue with people using formula no matter what the reason. Science is a wonderful thing, too.) Together, we developed a plan for starting solids again as well as an emergency plan if Myra reacts to a food.

A few days later was our appointment with the pediatric GI specialist. We thoroughly reviewed Myra’s symptoms, both acute and chronic, beginning with the sleep disturbance and dairy elimination from early on. She explained that if there were some sort of anatomical GI issue (reflux, a twist in her intestines, etc.), Myra’s symptoms wouldn’t change so drastically based on diet, touché. Based on Myra’s history, the doctor agreed with the diagnosis of FPIES and stated she would document it as such in Myra’s chart. It may sound strange, but I can’t describe the relief I felt hearing she would have an “official” documented diagnosis! The pediatric GI specialist was supportive of the plan we had in place as well as the switch to an elemental formula. 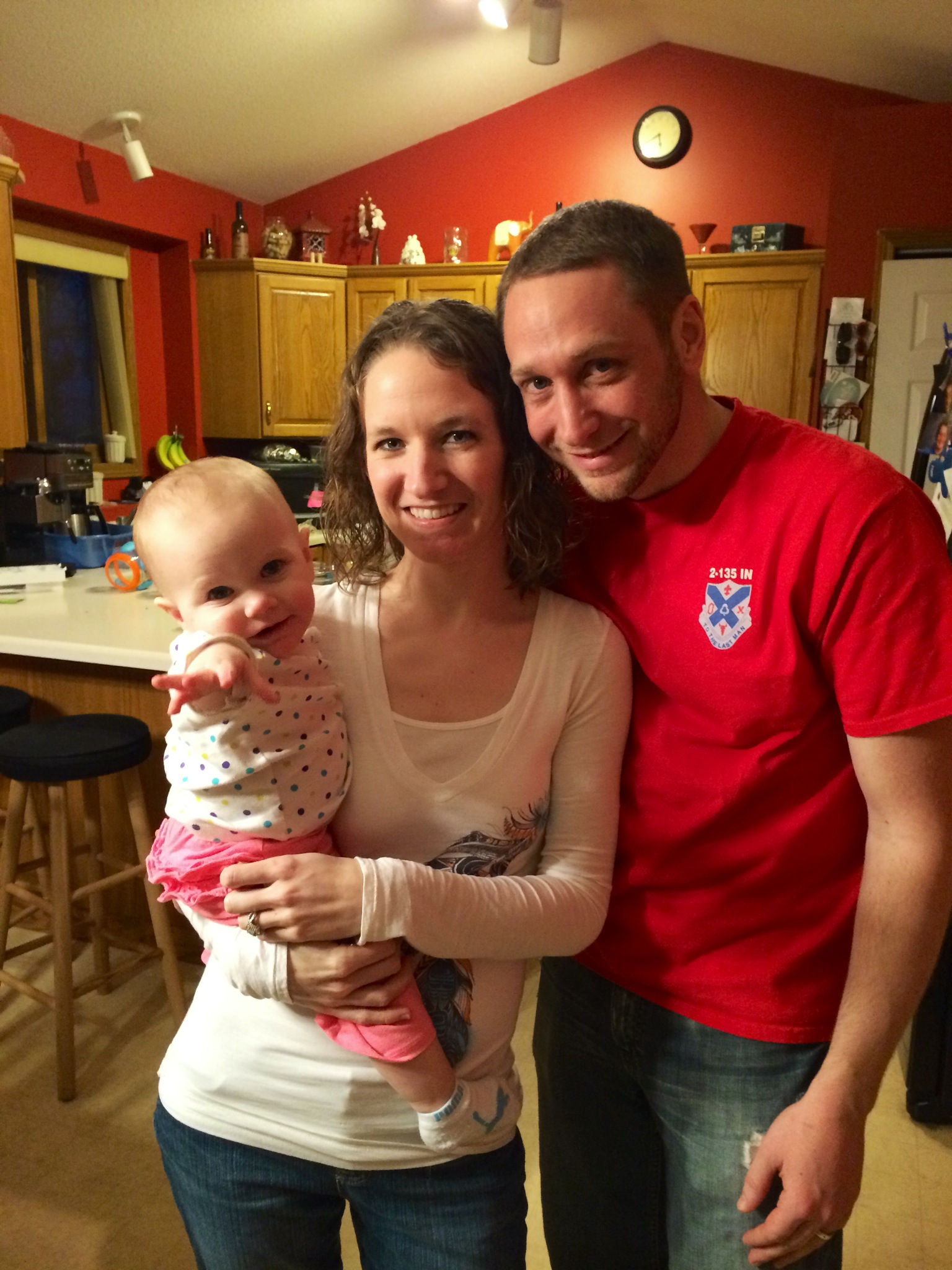 We have since switched Myra to Neocate Infant and will be transitioning to Neocate Junior (the toddler version) very soon. She has been an entirely different baby at night since we have implemented our plan of the formula and very slow food trials. She now has four safe foods and a couple known fails, all good progress. We feel so much better knowing what we’re dealing with and where to go from here. I’ve wondered if maybe we’re just being paranoid and she doesn’t really have FPIES, but when I look back at how miserable the nights were back then compared to now (when that never happens unless she’s failing a food trial, but we can make it stop pretty quickly since we are aware of the cause now).

Myra’s mother details, recipes and inspiration of their journey with FPIES here: http://betterjuntos.blogspot.com

The FPIES Foundation provides suggested links to other Web sites as a convenience to you. The Foundation encourages you to evaluate websites yourself and discuss the information you find with your health care provider(s).  Use of our Web site constitutes acknowledgment and understanding by the user that within our Website there may be links to other Web sites that are operated by parties or individuals that are not affiliated with The FPIES Foundation. Read more on our link policy at: https://fpiesfoundation.org/about-us-link-policy/