Out and About with FPIES: Or, Faking Spontaneity through Obsessive Planning, Part One

Before I had kids, I always assumed we’d be one of those families that were always on the go – playing at parks, exploring our neighborhood, doing fun outings like museums and the zoo.

And then, you know, FPIES.

Without getting into too much detail (let’s just say the words “projectile” and “bodily fluids” aren’t a good combination for a free-spirited jaunt about town), dealing with the harsh realities of having first one then another FPIES child, left me with some real anxiety around leaving the house. Our nice, safe house where I had quick and easy access to our medical formula, safe snacks, diapers and rash cream, cleaning supplies, extra clothes, a washing machine, and so on.

It was hard to gear up for leaving, both mentally, and in terms of the amount of things I felt I needed; even just to go to the park a five-minute walk from our house. I was terrified of my kids being hungry, or having to go through more pain from sitting in a reaction diaper even a second longer than necessary. What if my reflux child managed to go through all three spare shirts in the diaper bag? (Not, believe me, a merely hypothetical question.)

I started packing more and more in our diaper bag, and that sucker was heavy. It was a literal pain to carry around, and I hated feeling like I had to always be double checking that all of the things I needed were in there before we left the house. As the kids got older, and one outgrew FPIES altogether, I realized that we were needing those emergency items less and less often, but of course, when we needed them, we really needed them.

Part of what I needed to work through was making a real effort to let go of some of my anxiety, and I was able to do that, practicing by walking to the park close to my house and not bringing a single thing. We just… went. Like normal people or something. It was weird, but you know what? We did fine.

The second part, though, was that for adventures further afield, I really did want to have some things on hand, but I didn’t want to drag everything with us all the time. Then I had my epiphany.

We’re a suburban family. Almost everywhere we go is by car. So why on earth wasn’t I just leaving an emergency go bag in the car?

My go bag is an old diaper bag I used before switching to a backpack. In it, I have a package of baby wipes, diapers (just a few now that we’re down to only nighttime diapering), a hat for everyone in my family, sunscreen, bug spray, a few plastic bags, a full change of clothes for each kid (slightly too-big hand-me-downs are perfect for this), a small microfiber towel (pulled from our old camping supplies), four sets of disposable utensils, and one paring knife. 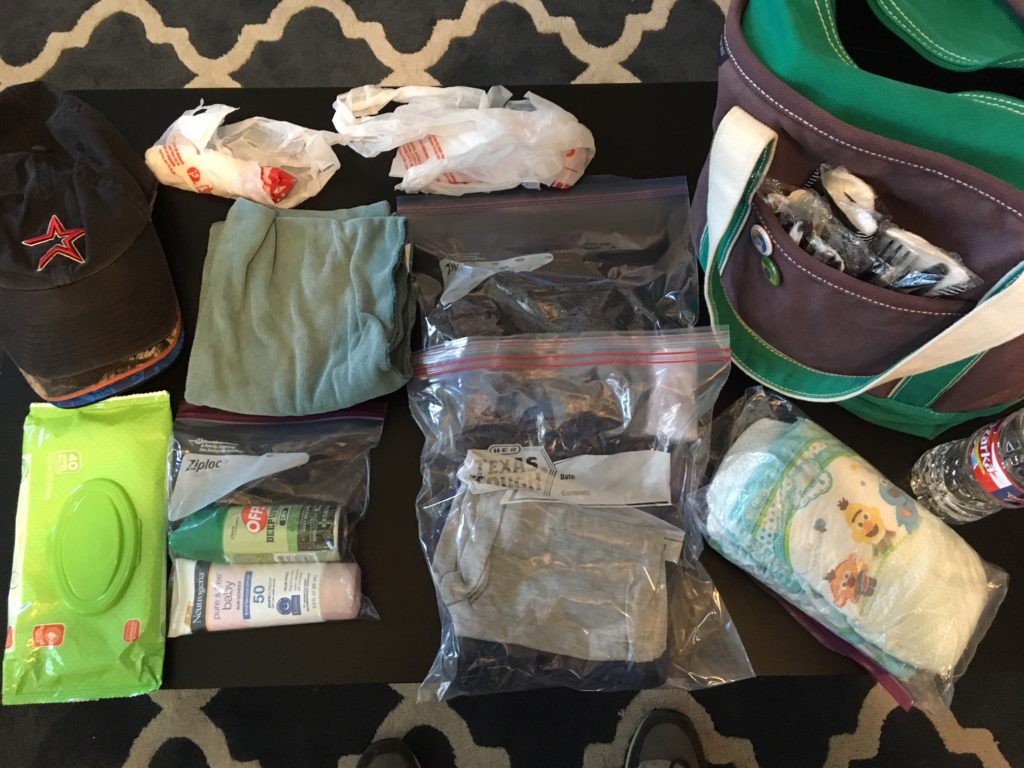 I keep my go bag in my car at all times, and, quite frankly, it’s my mental security blanket. Potty accident? Covered. Projectile fluids? Covered. Need to dismantle a rotisserie chicken in a hotel room while on a road trip? Covered. (Actually, that’s how I ended up with the paring knife in the first place.) Want to stop at a park in the middle of summer in Houston? Sunscreen and hats, covered. When I’m packing for a trip, I no longer feel the need to pack emergency clothes, because I know I have a set in the car. If we ended up needing to evacuate because of a hurricane (we moved to Houston just in time for Harvey last year, so hurricane prep is something we take seriously), we at least have a change of clothes for the kids. (And believe me when I say I’m going to be adding a set for my husband and myself as well during hurricane season.)

I also keep shelf-stable food and water bottles in the car, in the center console for easy access. Nothing fancy, just some snacks. Rice cakes and applesauce pouches are my go-tos, but anything reasonably shelf stable that will satisfy hungry kids will work.

For your family, maybe the things you need for peace of mind will be different. Or maybe you don’t have any problems getting out there with your kids – awesome! But if you do find yourself hesitant when thinking about going and doing, I’d strongly advise you to think about what exactly your hesitations and concerns are, and how you can best address them for your family. Maybe you need an ER letter, medications, and an extra dose of safe formula. Or maybe you just need a change of clothes stashed at the bottom of your purse. If you are going out of town and know that a reaction could land you in a hospital, you might want to do your research in advance and preprogram the hospital’s location into your GPS or phone.

I want to share one last story with you. One day, while we were still living in Colorado, we were on our way home from some errands. It was a gorgeous summer day, and the mountains beckoned past the road to our house. I turned to my husband, and said, “Let’s just keep going.”

We drove into the mountains, fed our FPIES child from the snacks we had in the car, grabbed some drive-through for the rest of us, and eventually happened on a clear mountain stream. We parked, got out, waded in, splashed around, explored the shallows with our kids, looking for minnows and pretty rocks, and then when it was time to go, we got back out, dried off with the towel, changed the kids into dry clothes, made sure everyone had snacks and water, and went home. 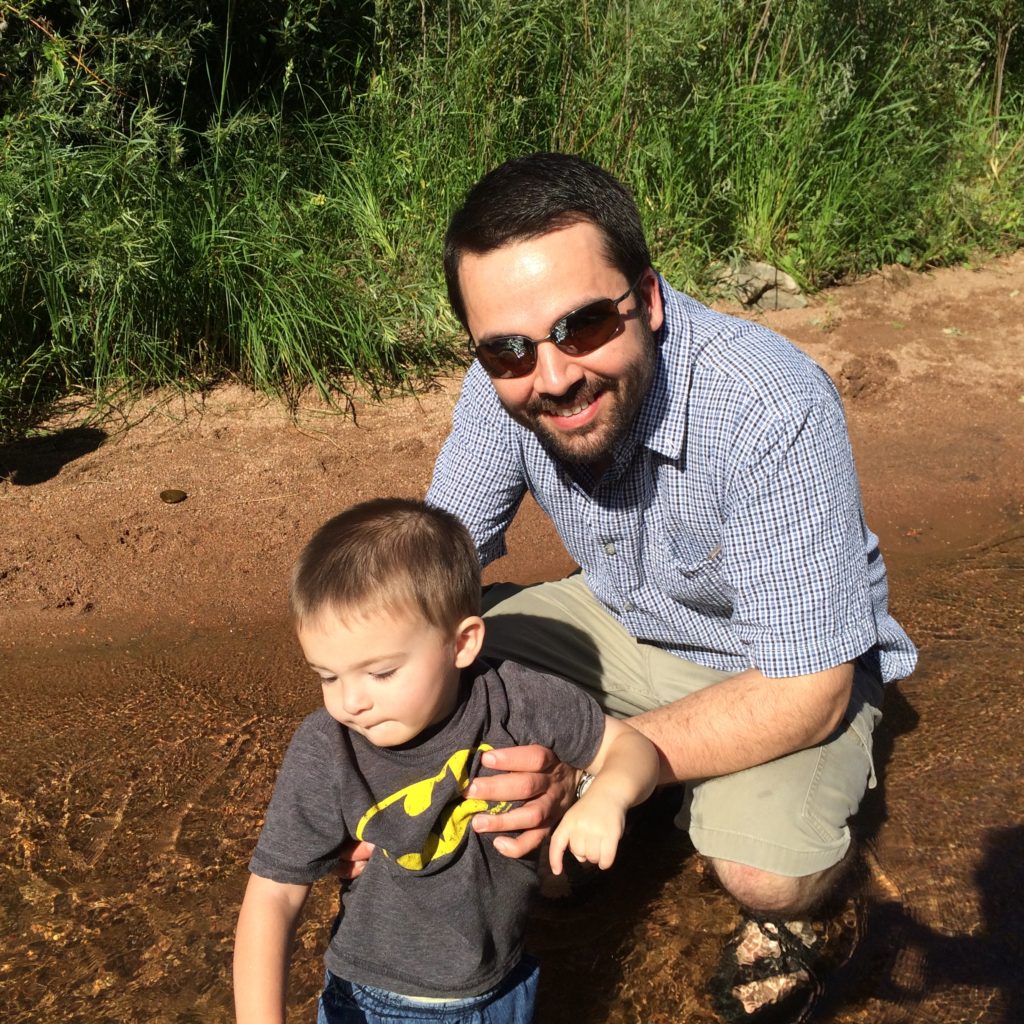 For a normal family, this might seem trivial, but for us, it was huge. Even a few months prior, before I’d just started leaving things in the car, I would have been too nervous to do something like that. Without food, we couldn’t leave on a whim. (Or at all. Have you ever dealt with a hangry one-and-a-half-year-old? Exactly.) But all those other things gave me the freedom and confidence to say yes to something new. 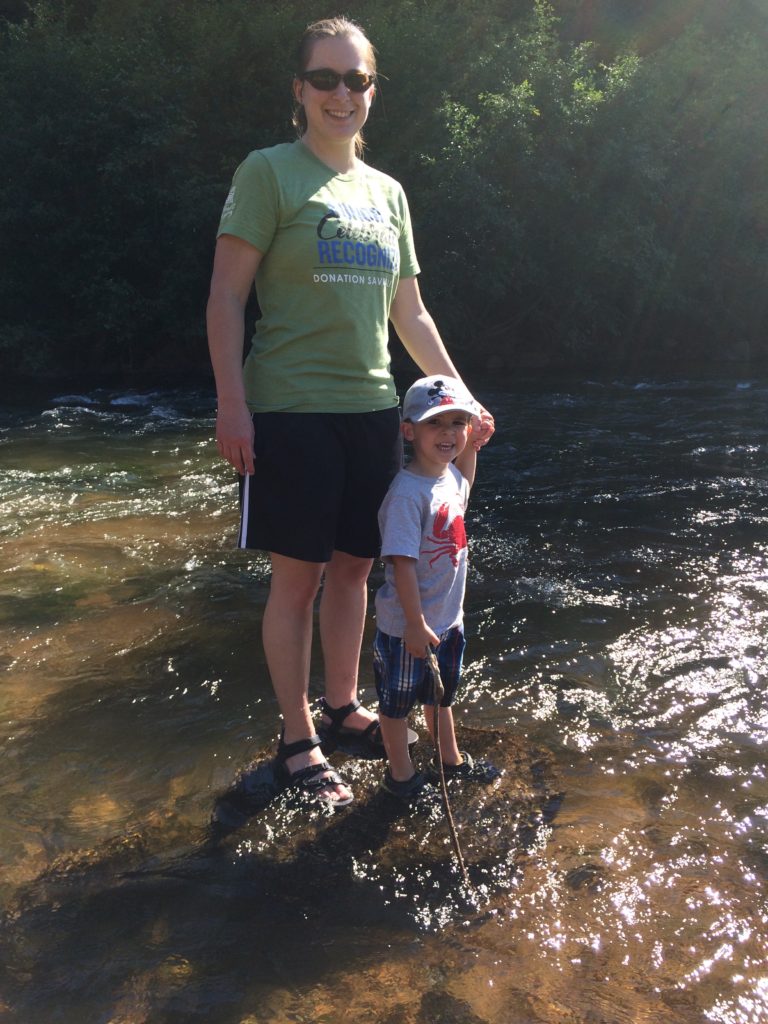 That afternoon was magical, and not something that happens every day. However, knowing I have a backup nearby has given me the freedom to say yes to other, smaller things. Playing with friends after school, stopping at a park on the way home from running errands, having a last-minute playdate.

Normally, we don’t need anything from my magical bag of wonders, and as the kids get older (they’re five and three now), I may find that I don’t need that security blanket after all. 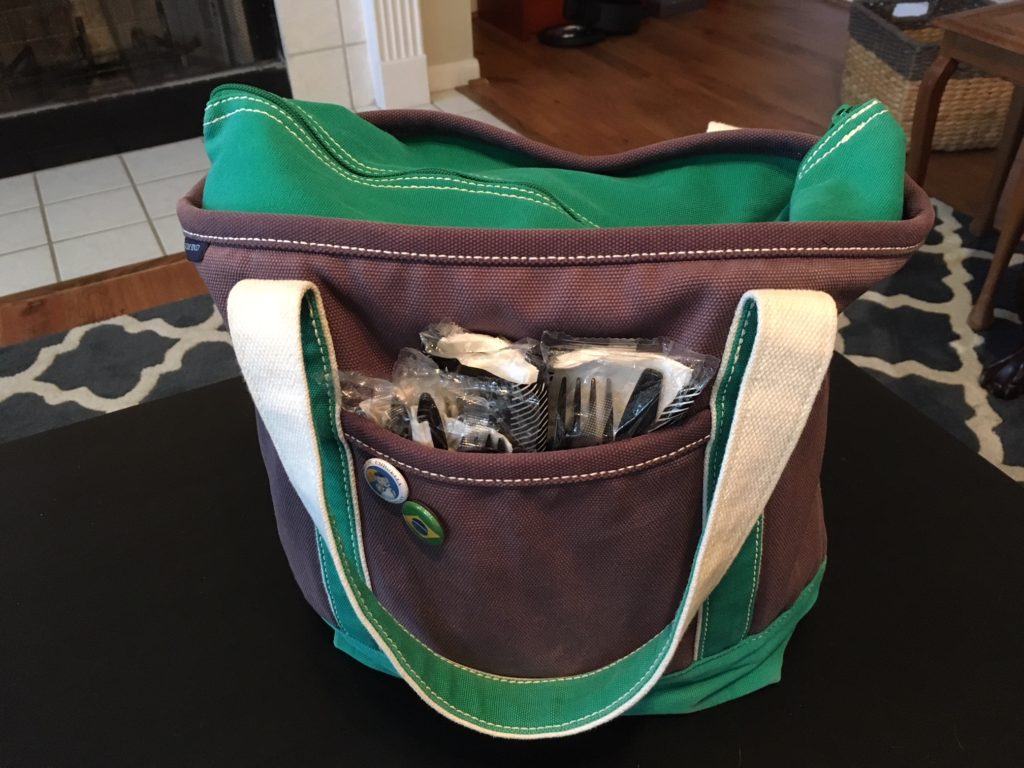 But for now, having that little tote bag sitting in my trunk is a small price to pay to give my kids – and myself – more freedom. And sometimes we do still need something from it, so for now, it stays.

Just be glad I didn’t get into what all I carry in my purse!

This post was written by FPIES Foundation guest blogger volunteer Janie. Janie Dullard lives in Pearland, Texas with her husband and two children, both diagnosed with FPIES as infants, though her oldest has now outgrown it. She works as a freelance editor and has written a children’s book, available here. Her days are spent chasing after her two preschool-aged children, working, and concocting strange FPIES-friendly foods that her children will sometimes even eat.

Talking About FPIES- Part Three: Explaining FPIES to Your Child

Talking about FPIES is a 3-part blog series by Angelika Sharma, FPIES Foundation volunteer. Explaining FPIES to your child You may not have conversations with your baby or small child yet, but you are already Read more…

Talking about FPIES is a 3-part blog series by Angelika Sharma, FPIES Foundation volunteer. Effectively sharing about your FPIES needs In the early days after an FPIES diagnosis, parents learn so much: from information about Read more…

Talking About FPIES- Part One: How to Explain FPIES to Others

Talking about FPIES is a 3-part blog series by Angelika Sharma, FPIES Foundation volunteer. How to Explain FPIES to Others As the parent or caregiver to a child with FPIES, you regularly find yourself having Read more…